10 Common English Sentences That Can Make You Appear As A 'quarter-baked 'graduate...

1) 'You are smarting'...I heard a guy at a plaza who claimed to be a graduate saying this! Gush! Being smart is very different from being fast or slick. By the way, there's no verb such as 'smarting 'in English language which means the same thing as what this young man was trying to say!

2) 'You are showing yourself'...just like the one above, how can someone be 'showing 'himself/herself? So human being don turn movie? Na wa o!

3) 'Oya, come and go'...two opposite verbs. You are telling the person to come and at the same time, to go! Again, what's the meaning of 'Oya'?

4) 'My body is scratching me'...your body can only itch you and not scratch. You scratch when you use your fingers to stroke a surface roughly! Lol!

5) 'My phone is 'more 'better than yours...this sentence can surely make you appear a 'quarter-bakie 'You can't use two comparative adjectives in a sentence! We have good, better, best. When you compare two things, the middle one which is 'better 'should be used so there's no need for 'more 'which is also a comparative adjective but goes with 'than'. As in 'more than '

6) 'Did she went to the market'?...as absurd as this sentence is, I have seen many 'graduates 'saying it! Two verbs with past tense form in the same sentence?

I hope these help! We are all learning. It is only a foolish man that takes offence when he is corrected!

You can add yours! 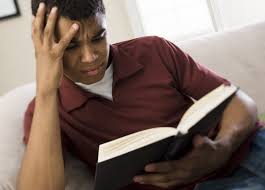