SEE WHY INDIRECT RULE FAILED IN EASTERN NIGERIA BY BSCHOLARLY.COM 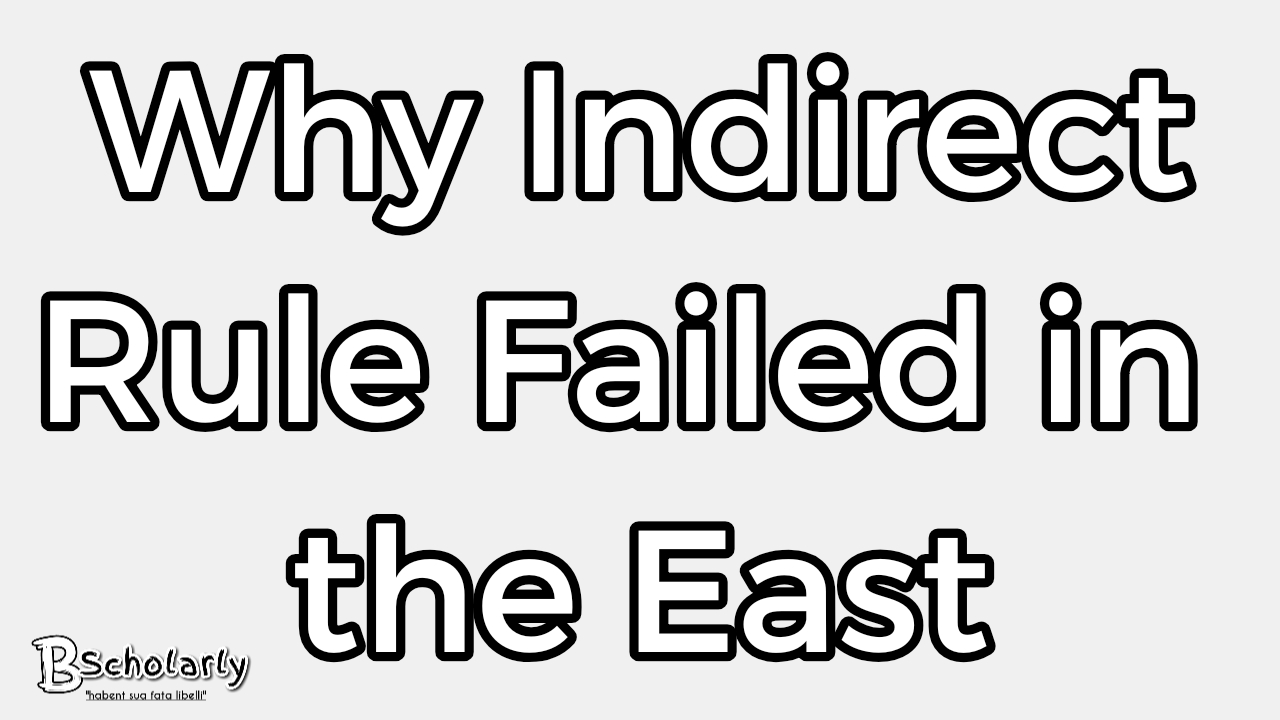 See Why Indirect Rule Failed In Eastern Nigeria By Bscholarly.com...

Why Indirect Rule failed in Eastern Nigeria: To understand Nigeria, you need to know some of the things that happened during the colonial erra. There is no doubt that almost all the things we identify as problems of Nigeria currently, began during the colonial erra. Some were caused by the colonial masters themselves, and some started as consequences of the leadership of the military in Nigeria. For instance, it is my view that the reason why there is ethnic disunity in Nigeria is because, the colonial masters divide and administered the country differently during colonialism.

Well, that is not the topic I will be discussing today. In today's discussion, we will be looking at why indirect rule failed in Eastern Nigeria. Conversely, I will share with you the reasons why the eastern part of Nigeria vehemently opposed indirect rule by the colonial Masters.

But because I will go into the crux of this topic, i would like to explicitly explain to you what indirect rule is. Trust me; this will go a long way to help you understand the reasons for the failure of indirect rule in Eastern Nigeria when i begin to mention and explain them. So, what is indirect rule?

In Nigeria for instance, the traditional leaders were employed by the British to administer the affairs of the local people. Basically, the reason why the colonial masters chose to use this system for Nigeria was to reduce the cost of leadership.

Below are the reasons why indirect rule failed in the east:

Non-participation by the educated elites

In short, these are the reasons why indirect rule failed in Eastern Nigeria. Nonetheless, if you really need information on the points raised above, i enjoin you to keep reading this work as i will painstakingly explain everything.

My name is Henry i want to use this opportunity to thank Miss Grace , 09052695605 I just check my jamb result it was 158 so I was hopeless and when i was on line on Facebook i came across a post by promise omo on how Miss Grace help her to upgrade her score from 167 to 245 i collected her number and call her i explain to her my problem she ask me to send all my details which i did after 35 minutes and also my WAEC results which i have f9 in some subject, was upgraded immediately now I am happy if u want to upgrade your jamb / questions and answers or WAEC/ NECO just contact Miss Grace WhatsApp @ 09052695605 She is going to help u the way She helped me thank you all 2349052695605